here is some information about my system:

Since the last DietPi update, I have found that PADD is not working correctly on my Pi.
I don’t know how to describe it in an understandable way, but the display involuntarily begins to scroll sporadically, which means that new lines appear from below, which cause the view to scroll upwards. Then there is a short reset of the display and everything is ok again for a while.

So far I haven’t encountered any other problems, neither with Pihole nor with DietPi itself.

Have the components been changed by the update that could affect the expenses for TFTs?

Recently there was a small problem with the display of PADD. But that shouldn’t be the reason, since both the original PADD version and the workarout from Yubiuser don’t affect the problem I’ve noticed after the DietPi update.[Local repo hash has only length of 7 instead of 8 · Issue #5059 · pi-hole/pi-hole · GitHub]

I know this is all very vague and poorly described, but I’m not a Linux pro.

I would be happy to provide more information.

I’m not aware on a change within display area.

If possible, try to restore a backup to check how it is behaving. Once done, run apt update && apt upgrade. Does it change anything?

Unfortunately, as is often the case:
No backup was carried out before the update.

I did some screenshots, but they don’t seem to be very meaningful. 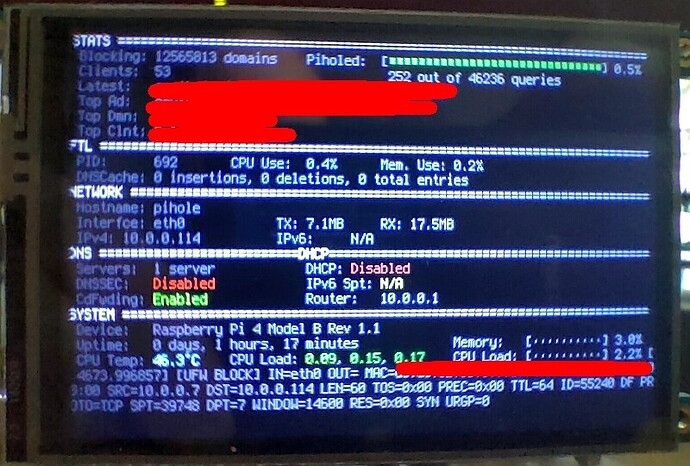 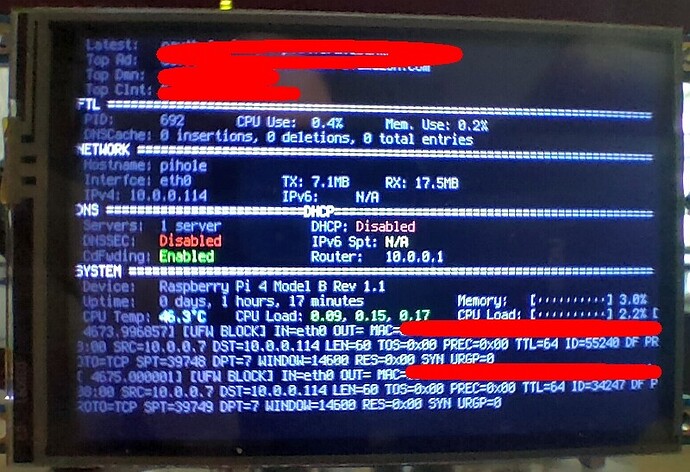 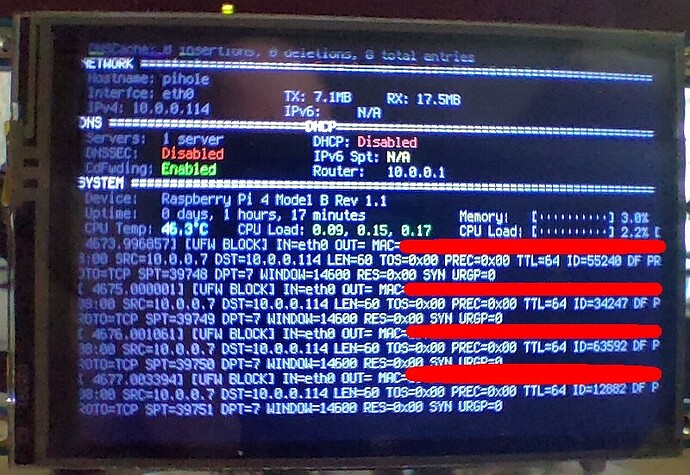 Do you have any ideas or tips on how to correct the ugly display?
Should I report the issue to Github pihole/padd?

Should I report the issue to Github pihole/padd?

this has nothing to do with PADD. These are kernel messages generated by UFW. They would appear without PADD same way.

I’m not sure which classes/severity these UFW messages belongs to. Maybe @MichaIng knows

Another note, but I can not assess the importance of the statement:
I use Pi-hole with unbound.

Is your DietPi on latest version already? Because we lowered the log level for kernel console logs just with DietPi v8.12.

Yes, DietPi is v8.12.1.
I would like to say that since the update from v8.11.X to the latest version, this phenomenon occurs.

Do you have quiet in your /boot/cmdline.txt?

Yes, there is a quiet.

I just set the autologin to another user instead of root (PADD is started under root). The effect also occurs under User dietpi in the console(TFT). After the prompt is available, the screen content begins to scroll after a while and briefly outputs the kernel messages, after which everything is fine again for a short time.

I just set the autologin to another user instead of root (PADD is started under root). The effect also occurs under User dietpi in the console(TFT). After the prompt is available, the screen content begins to scroll after a while and briefly outputs the kernel messages, after which everything is fine again for a short time.

With my limited knowledge of Linux, can I provide something else for analysis?

can I provide something else for analysis?

No. We will ask if further details are required. We basically know where this is coming from.

I only noticed today that a NanoPi M4 with TFT also has problems with the display here. 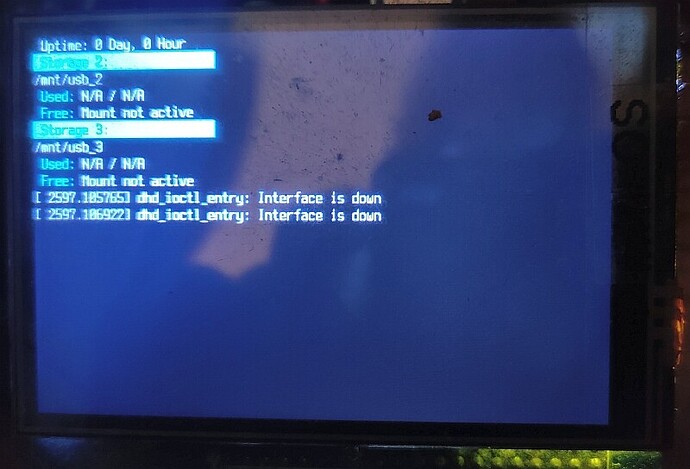 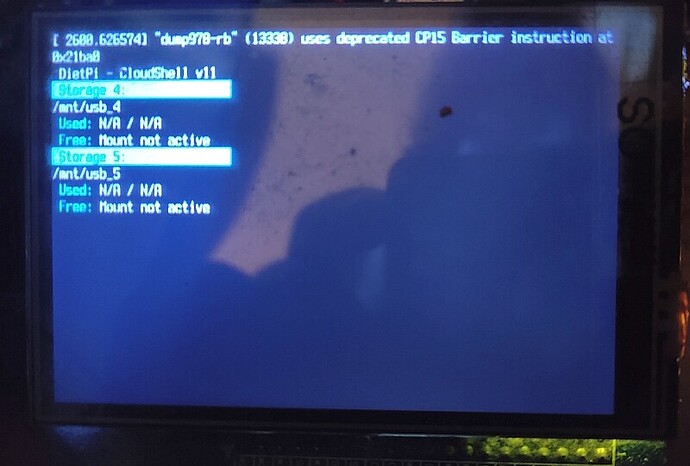 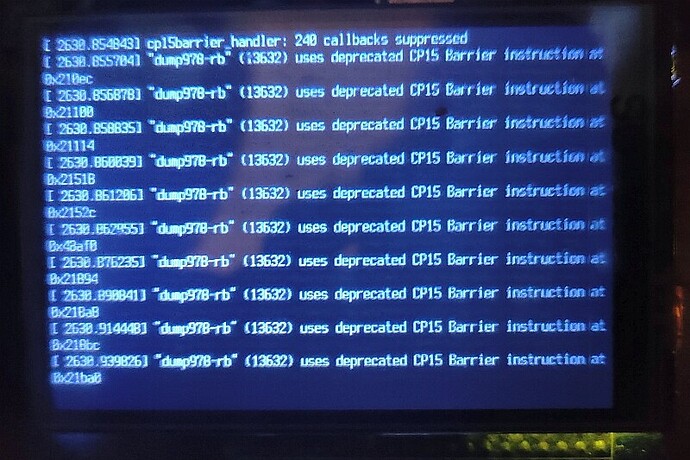 Is this based on the same bug?
Are these also kernel messages?
I’ll say very cautiously that this was also not available before the update to v8.12.1.

As already told above, we adjusted the visibility of kernel messages on DietPi 8.12. Aim was to reduce the number of messages shown on screen. For your, for whatever reason, this seems to have increased visibility.

I had already understood.

My intention was only to report this again, since the problem also occurs on another system.
Either I did something unusual on both systems or it was the update, at least in my case.
Do you already have an idea how to solve this?
Maybe just a workaround for me?
That’s why I shy away from trying to reinstall the systems and not knowing exactly whether the problem will reappear.

it’s a setting for the kernel message. I guess @MichaIng could give a workaround. He is just on the other side of the globe on vacation. Means we need to take time difference into account

This is not vital, it works, it just looks bad. Let’s wait for the things to come…