I realize that it is likely a debian issue… by why are the “newest” drivers for my video card the comparatively ancient 418 drivers? There are plenty of newer versions available for linux, and the older versions lack features that I require (namely, Emby Transcoding).

So does anyone have a reliable way to easily update to newer nvidia drivers?

maybe you can have a look to following site. https://linuxconfig.org/how-to-install-nvidia-driver-on-debian-10-buster-linux

There is a section on how to install from official nvidia.com package 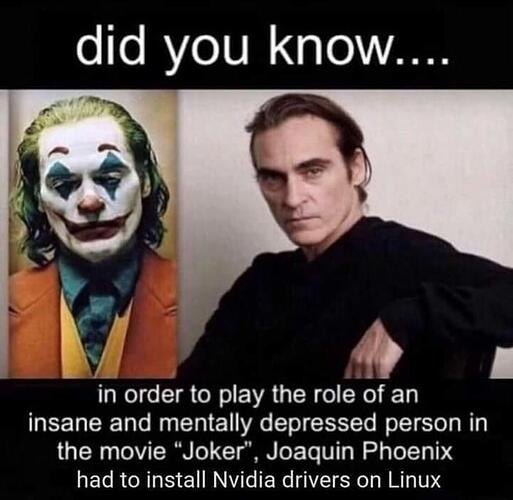 Thanks for the link. There’s a lot to unpack there… which didn’t solve my issue [Edit: Yes it did. I got my links mixed up, but its buried in there. My apologies.]

Thanks for sharing. The Debian repository ships the nvidia-driver package, but it is naturally outdated compared to a freshly compiled one. v460 at least is available via Buster backports: https://packages.debian.org/buster-backports/nvidia-driver