I have some additional boards to test and combine if the above is not possible which could perhaps be used as a driver board combined with the PI’s?

Honesty the processor is probably fine, but the fact that there is only half a gig of RAM and it runs off the SD card will probably prevent you from getting the performance you want.

Something with at least 2 GB of RAM and some eMMC storage or SSD support will be much better suited for this purpose.

Did you had a look to resource consumption using htop? This might give an indication where the bottleneck is.

Is it possible that a faster SD card will make a difference?

Are you referring to something like this when you say eMMC storage?

First check where the bottleneck is before trying to fix things.

Did you had a look to resource consumption using htop? This might give an indication where the bottleneck is.

I did, but to be honest, I installed so many other apps on the Pi to testing that I believe they may have all influenced the results.

The CPUs appeared to be fine, and the RAM was high although not always fully utilised.

I’m in the process of setting up a new fresh image of DietPi to see if I can get it to run more effectively straight through the HDMI on the screen with a bare minimal html/javascript file. Then if that works I can move over to the screen.

Wow, that is very cool! I have never seen that one before.

Some SBCs come with onboard eMMC (built into the board itself), so you can flash your OS onto something more performant/longer lasting than an SD card. I guess that is what I was referring to, although the key you linked looks like it would work better than an SD card without having to get a whole new device.

I had a website running on a low-resource SBC, first on an SD card which was very slow and laggy. I switched it over to a USB 3.0 flash drive at some point, but it didn’t seem to make much of an improvement–it was still pretty slow and laggy. For a while I just thought I was hitting the limit of the machine’s hardware, but at some point I bought a special SATA connector that works with the board and hooked up an SSD, and moved everything over onto that. The speed difference was night and day! 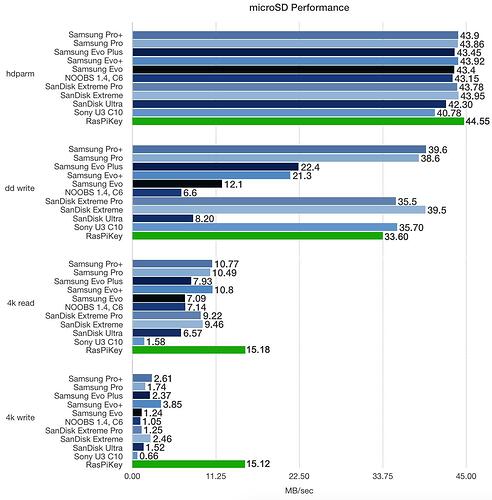