Since my discovery of DietPi OS, I have moved pretty much every RPi that I own to this awesome OS, although I will admit that I have found some difficulty when setting up certain hardware, or installing certain software under the OS. BUT, but, but, with the excellent support from the folks on this forum (along with hours of Google Searching) I usually come out with a polished project.

I have very little experience with Python, however I am not new to coding in general (HTML, CSS, etc.) and can usually figure my way through a script without a problem. With that said, I embarrassingly admit that I cannot figure out how to get this LED Dot Matrix to work with DietPi OS. As a side note, I am absolutely dumbfounded by the sheer amount of Python Libraries out there.

Anyway, here is a link to the LED Dot Matrix that I purchased on Amazon: GeeekPi 2Pack MAX7219 8 x 32 Dot Matrix MCU 4 in 1 LED Display Module for Raspberry Pi (Red)

From my understanding, the MAX7219 is fairly simple to use and install, but again, I just can’t seem to get it working.

So, my goals are as follows:

After about an hour of Google searching for a guide or tutorial on how to get this up and running, I only found one decently descriptive website containing some documentation around getting this setup, BUT it does not go into specifics on displaying CPU Temp and/or Pi-Hole Stats. So, I am here, once again, asking for help!

Any assistance with the setup of the device, the Python Library, as well as the actual display of the above items would be greatly appreciated! 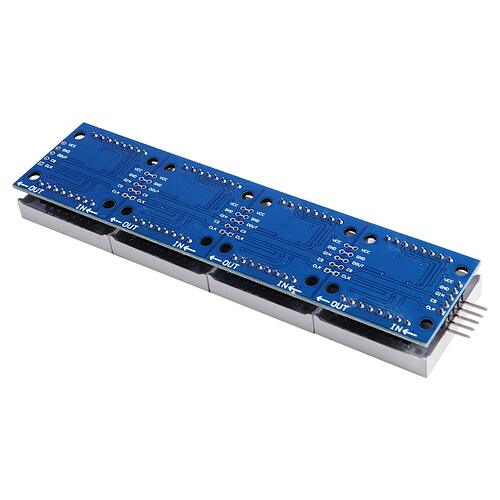 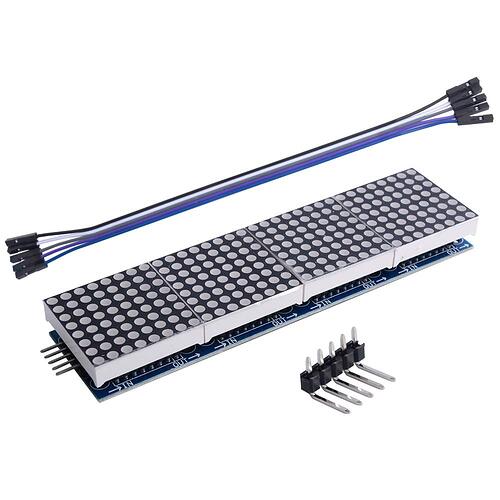 Based on the tutorial, which mixes Python 2 and Python 3 installs/commands somehow, try it like that: