In Dietpi 7.5, the Browse Software section in the dietpi-software script is almost unreadable to me with its light blue background and white font. I strained my eyes trying to read the words and still could barely read them at all. The same bad choice of background/font colors is seen in some other screens as well.

Is there a way to change the background or font color in this screen? 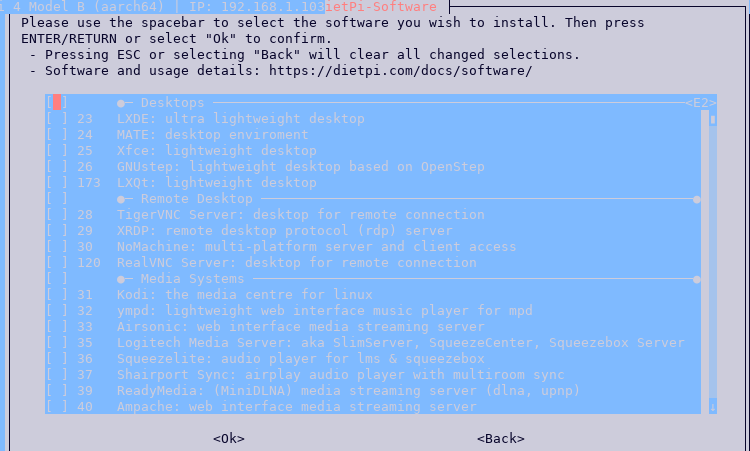 Hmm strange view. This is not our default colour scheme as we usually have a dark blue background as it is shown on the picture on our online docs https://dietpi.com/docs/dietpi_tools/#software-overview

I run the dietpi-software script in Xfce4-terminal console. I have tried to change different colors in this terminal but to no avail. Totally baffled at this issue. 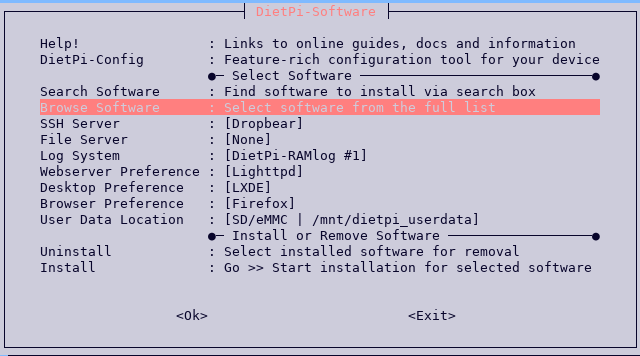 I have just installed Gnome terminal and the Browse Software screen now has a totally readable dark blue background. 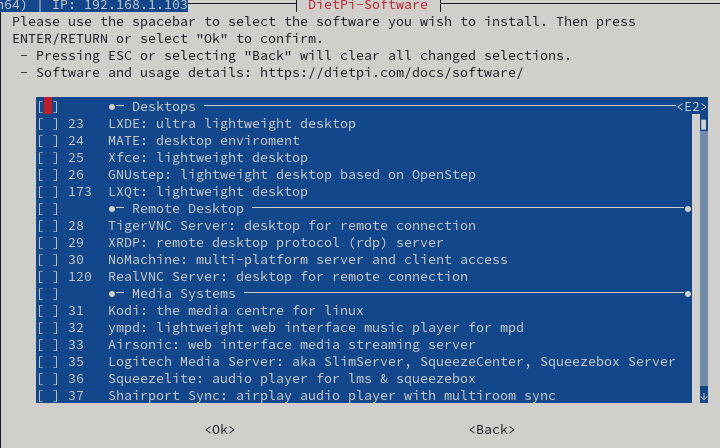 hmm what version of Xfce you are running?

I did a test on Debian Bullseye running XRDP and Xfce 4.16 and for me it displayed correctly 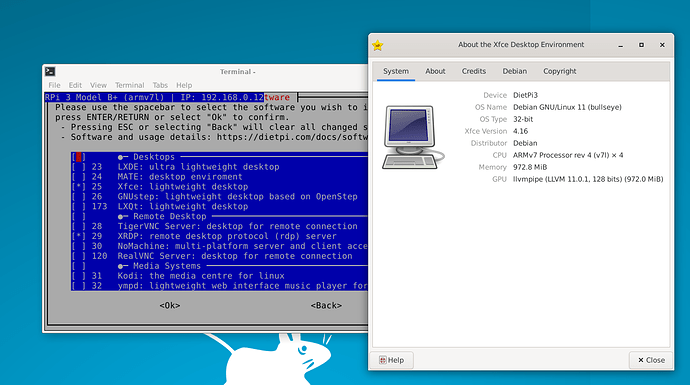 My Xfce version is 4.16. The problem was seen with the default Xfce terminal in EndeavorOS.

I need to say I don’t know anything about EndeavorOS. Is that an own distribution? How does it work together with DietPi?

It’s just an ArchLinux-based distro. I used its default Xfce terminal to ssh to the Dietpi/RPI.

ok for me it looks like a challenge on EndeavorOS using the Xfce terminal as it’s displaying strange colours. Pls correct me if I’m wrong

Interesting that different terminal emulators display the same colour codes so differently. I’m pretty sure that the whiptail/newt colours (which we cannot change) are the same on EndeavorOS, so does it look similar when you run whiptail directly in that terminal emulator?